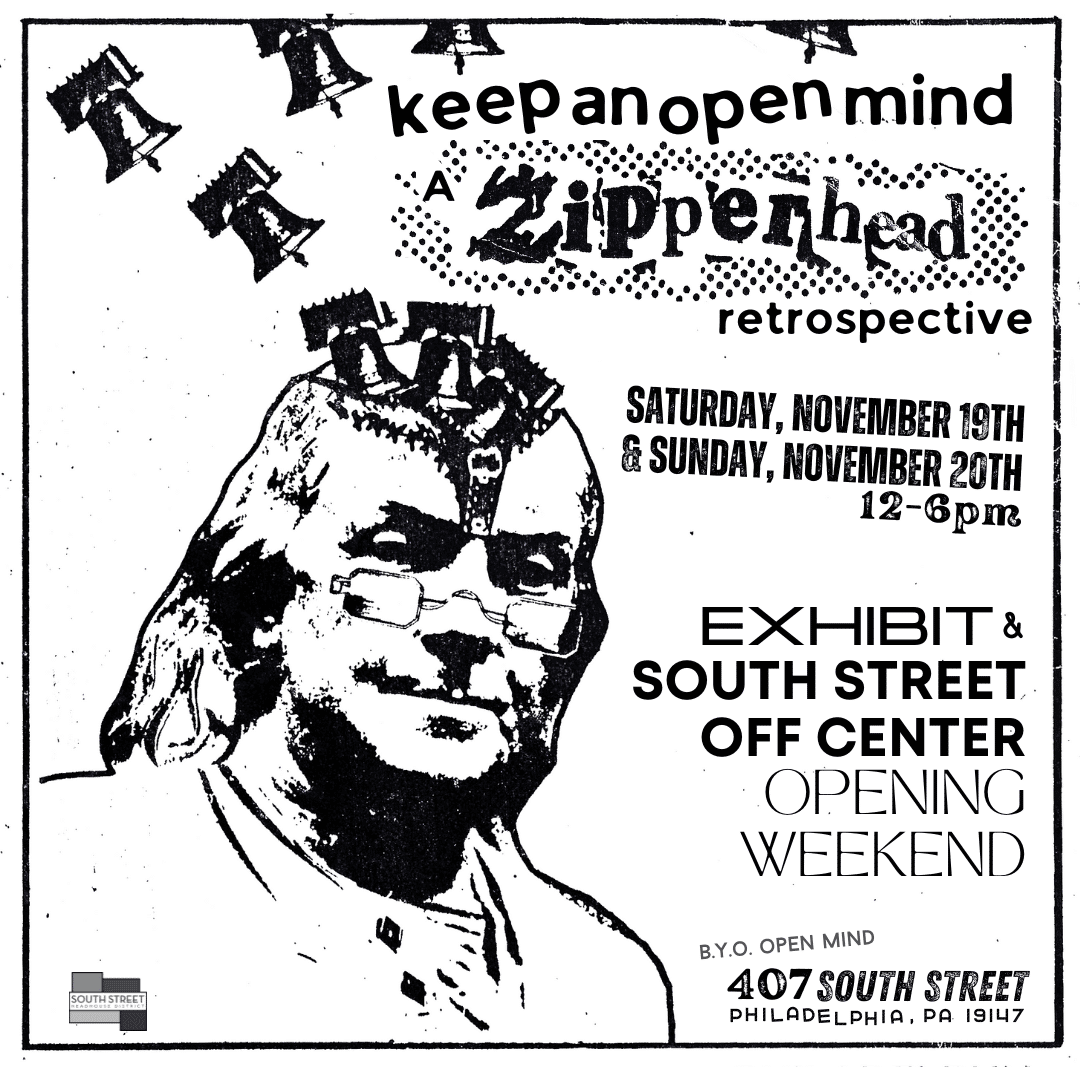 Join us for an opening weekend preview on November 19th & 20th, 12pm – 6pm at 407 South Street, the former home of Zipperhead that now houses the newly launched SOUTH STREET OFF CENTER. Paying homage to the legendary Zipperhead, Keep an Open Mind features never-before-seen material from the Zipperhead archive such as advertising and graphic work, photographs, and newly digitized films of South Street in the 80s.

Zipperhead was Philly’s ultimate punk-rock mecca in the 80s and 90s. The alternative boutique, forever immortalized by the 1988 Dead Milkmen song “Punk Rock Girl,” filled its racks with studded garments, zippered shirts, and vinyl everything. Rick Millan opened Zipperhead in 1981, and the store catered to the Philly punk scene for the better part of two decades, until closing down in 2005. The building’s original facade remains unchanged, including the unmissable ant structures and enormous faux zipper.

The SOUTH STREET OFF CENTER is SSHD’s new on-street office and multi-purpose flex space, housed in the iconic former Zipperhead space at 407 South Street. The OFF CENTER is a place where our business community and district visitors may gather together, explore South Street’s rich history, and access resources that amplify and enliven experiences on and around our robust entertainment, nightlife, and business corridor.

The South Street Headhouse District would like to thank that that designs for their expert interior design work at the OFF CENTER, as well as artists Frank Chappell III, Electroromantic, and Isaiah Zagar, and former Zipperhead owner Rick Millan for their work in making this exhibit possible.
The OFF CENTER will continue to house this exhibit through Winter 2023.